I thought a more personal account of how I came to see the way things are may be helpful to some as a follow-up to the post White Friends, Let's Talk About Race.  This is for those who are trying to understand, empathize, learn and grow.
Hear me, if you know any Black person and profess to care about them, this issue should matter to you. The issue of racism and racial injustice. If you have adopted or foster Black kids, you better give a darn. If your social organization has Black people in it, you should care. If you have children and grandchildren, you should for sure care. Those kids could grow up to be best friends with and/or marry and procreate with a Black person and just like that, your family looks a bit less homogeneous. Why wait until that happens to educate yourself on these matters that will directly affect them? Unless of course you have made it clear that they better not. Why do I have to make a pitch for you to care?
If you are part of any religion, work in healthcare, education, financial institutions, have neighbours, know people, have a pulse! You should care. What a shame to have to say these things.
I am lucky to not have the stories others have. I'm alive, for one. I'm living the dream compared to so, so many. That is not lost on me. However, I am acutely aware that some of you have not been exposed to the daily lives of Black people. That's not your reality or the reality of your family and friends. If you are here to read with the intent of criticizing or eye rolling, that's cool. This is intended for those who are trying to listen and understand.
Just this morning, I glanced out my window to see a Black man jogging and my breath caught in my throat. I panicked. My thought was, "Are you crazy?! You could die!" Three weeks ago I was at the park and saw a person of colour jogging and I wonder if he saw the panic in my eyes as we gave each other the lifted chin greeting. On this same morning, a police car pulled into the parking lot of the park and my first thought was "oh good, I can feel a little safer." That was quickly replaced by fear for myself and that jogger. This, as I tried to make myself look friendly and non-threatening as I walk by White park goers. I make a point to say something to my light-skinned children so they realize they are mine. I used to joke about this very thing a year ago. I don't anymore. I can't. Even as I write this it sounds like I am paranoid and dramatic. I am hoping by now you are understanding that it's mundane activities like this that can get me a hot date with the law. Or a memorial service. It sounds insane, doesn't it? 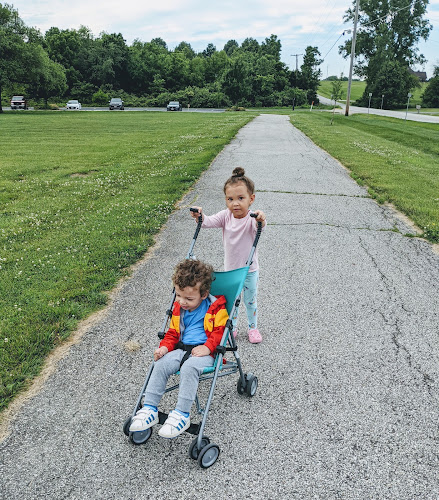 I went to a predominantly White college because they had one of the best programmes in my field of interest. It is there I fielded calls from White parents demanding their White children be moved from one dorm room to another because the roommate was Black. One time it was specifically because she didn't understand Black hair care - that we don't wash our hair every day. Sounds insane, doesn't it?  I took that phone call and others like it while I worked in the Residence Hall office. I was attending that school when cotton balls were strewn over the lawn of the Black Cultural Center. And when someone placed a bunch of bananas in front of a Black student's dorm room. If you ever see me cringe when people innocently refer to my children as monkeys or when they get clothes with monkeys on them or even eat a banana, that's why. Sounds insane, doesn't it? And my personal favourite, after collecting the offering at my campus church a staff person jokingly said "Whites only" as I handled the money. I dropped those dollars like they were red hot coal and never served in that capacity again. That one cut deep.

There was a time on trips to New York City where I made a point to ask a police officer for directions, just because it was cool to interact with the NYPD I suppose and who is more reliable than a cop? Now I practice how I need to act in case I get pulled over. Try not to pass out. Try not to pee self. Turn off reggae or other Black music. Remove Jamaican flag from rear view mirror quickly, if possible. No direct eye contact lest it be taken as being too bold and me not knowing my place. Hands on steering wheel. When asked to produce documents, still explain what I'm doing with my hands. Try not to have panic attack lest it seem threatening. Possibly say I am unarmed. Move in slow motion to avoid looking threatening. If things go okay, take time to regroup before pulling off. Essentially, try to be as subservient as possible to avoid possible death. More so if it's me and my family visiting from out of town in a car without my White husband or in-laws. Still more so if it's me and one of my two Black brothers. And that's just a trip to Target. Sounds absolutely insane, right? 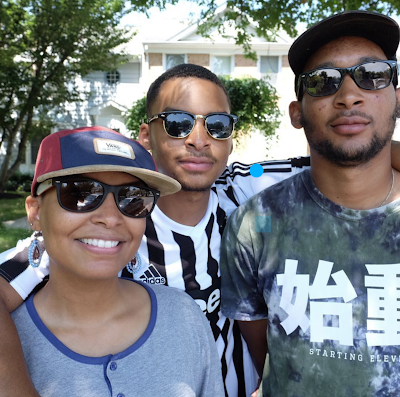 It's not unlike how I am trying to raise bi-racial, bi-cultural children. The books we own and read, the food we eat, the music we listen to, the language I speak, the things we watch, clothes we wear, how I comb their hair are all ways I have started to infuse them with knowledge of the world and themselves. I teach them how I want them to act toward, respond to and treat others. A high priority for me is to teach them to stand up for others and to advocate for them. I want them to bring their friends to our house. I'm already praying for friends with parents who are teaching their kids the same. I'm praying for in-laws who are doing the work now. I want them to be proud of themselves.
Here is something I wrote in 2018 about having a son that carries the same weight today. The same, because what is happening now is not new for people like me.
Below are resources I have used or that others have recommended. I hope you start diversifying your life. Mine has been made richer by learning about other cultures and people. My book-shelf and streaming services have more than Black and Jamaica specific elements, folks. Pop that bubble! Books, movies and food are great, relatively affordable, ways to do this. You can even passively follow different accounts on Instagram. Universities are giving FREE online courses on these topics and streaming services are offering FREE movies. There are no limits on what is available to you now. THERE NEVER WERE any limits.
Do not grow weary in doing good, y'all. Pace yourselves. This is a lifelong journey.
Food shows
(You may want to choose the episodes to narrow your education but a global perspective can't hurt)
No Reservations and Parts Unknown with Anthony Bourdain
Ugly Delicious with David Chang (Netflix)
No Passport Required with Marcus Samuelsson (PBS)
Somewhere South with Vivian Howard (PBS)
Movies
(Use Justwatch.com to see which streaming services have these movies and shows, so easy!)
Barber Shop
Crash (HBO)
Mudbound (Netflix)
Loving (HBO)
Pocahontas (Disney +)
The Frog Princess (Disney +)
Horton Hears A Who! (Hulu)
Get Out
Selma (Amazon)
Blackkklansman (HBOGo/HBONow)
Fruitvale Station
Just Mercy (Amazon)
The Help (Netflix)
The Great Debaters (Amazon)
When They See Us (Netflix)
American Son (Netflix)
If Beale Street Could Talk (Hulu)
When They See Us (Netflix)
The Hate U Give (Amazon cinemax)
Documentaries
13th (Netflix)
Time: The Kalief Browder Story (Netflix)
Eye on The Prize by Ken Burns
What Happened? Miss Simone (Netflix)
Strong Island (Netflix)
Teach Us All (Netflix)
TV Shows
Black'ish
Watchmen (HBO)
Chappelle Show
Greenleaf (Netflix)
Atlanta (Hulu)
All American (Netflix)
Dear White People (Netflix)
Insecure (HBO)
The Bernie Mac Show (Hulu)
Books
The Bluest Eyes by Toni Morrison
Their Eyes Were Watching God by Zora Neale Hurston
Small Great Things by Jodi Picoult
The Misadventures of Awkward Black Girl by Issa Rae
You Can't Touch My Hair by Phoebe Robinson
Kitchen House by Kathleen Grissom
Americanah by Chimamanda Ngozi Adichie
Homegoing by Yaa Gyasi
Stand Up Comedy
(if this is not your thing, move along, but there is a wealth of education in stand-up)
Wanda Sykes: Not Normal
Deon Cole: Cole Hearted
Dave Chappelle (anything by this man is brilliant, including his Mark Twain Award special)
Chris Rock: Tambourine
Terms to google
Microaggression
Juneteenth
Kwanzaa
Code Switching language or personality
Miscegenation
Colourism
Skin bleaching in (and click on the country of your choice)
Tulsa Race Riots/Black Wall Street
Loving Day
African American Vernacular English
Black Panthers
Ku Klux Klan 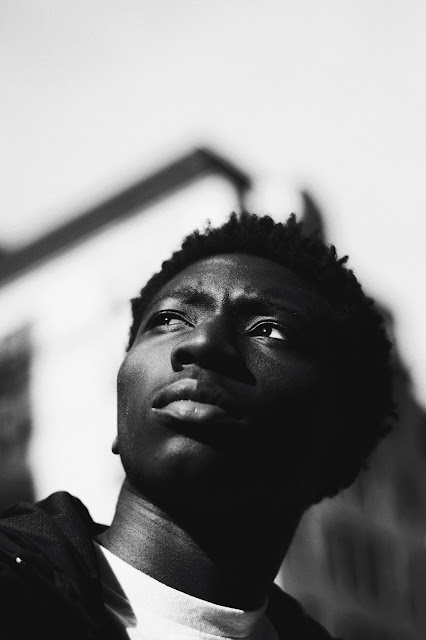